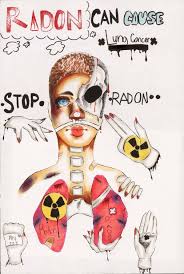 Yes, the government is shuttered this January 2019 but  that will not prevent us from  recognizing January as  National Radon Action Month.  In spite of the  roll backs of environmental protections, you can take your own actions to protect yourself and your family from dangerous levels of radon in your home.

The EPA estimates that 1 in 15 homes have higher than acceptable levels of radon.   During January, the U.S. Surgeon General and the Environmental Protection Agency (EPA) urges all Americans to protect their health by testing their homes for radon. Radon is a natural radioactive gas that you can’t see, smell, or taste but could be present at a dangerous level in your home. As the second leading cause of lung cancer deaths in the U.S., and the first leading cause among non-smokers, radon claims more than 20,000 lives annually. If a high radon level is detected in your home, it can be fixed through mitigation.

Not a fan of the Surgeon General?  Here is a clip of Dr. Oz warning of the dangers of radon gas.

Because radon is invisible, odorless, and tasteless, testing is the only way to know if a home has a high concentration of radon. EPA and the Surgeon General recommend that all residences below the third floor of a building be tested for radon. Both schools and homes should be tested. In apartment buildings, it is most important to test units on the basement level where radon from the ground is likely to be highest, though tests should also be conducted on the first and second floors of any apartment complex.

Anyone can conduct a radon test. There are both short-term and long-term radon tests. EPA recommends initial measurements for radon be taken with short-term tests placed in the lowest lived-in level of the residence.

As supplies last, you can obtain a free radon test kit at partnering local health departments/districts or at various retail locations such as hardware stores. Almost all states recommend that the homeowner or tenant conduct the test himself or herself or hire a contractor who is certified by the National Environmental Health Association or the National Radon Safety Board. Here is the list of Connecticut certified testers. 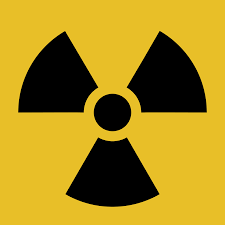 Once a radon test has been obtained, the enclosed directions are usually easy to follow and the procedure is simple and straightforward. Typically, the process will consist of setting out a small canister or packet containing activated carbon in the lowest occupied portion of the home and then, two days later, collecting the container, placing it in a foil bag, and mailing it to a lab. The lab should be able to report the results within one week.

The EPA has established a recommended action guideline of four picocuries of radon per liter (pCi/L) of air in residences. (A picocurie is a measure of radioactivity.) EPA recommends that action be taken to reduce radon levels when this guideline is exceeded. The presence of radon over the EPA standard is not a violation of local housing codes in most cities. The long-term goal is to reduce indoor radon levels to average outdoor levels of 0.4 picocuries per liter. Because of technology limits, EPA’s short-term goal is to achieve home radon concentrations below two picocuries per liter.

If test results exceed the EPA recommended action guideline of four pCi/L, a second follow-up measurement should be taken and depending on the results, EPA standards may recommend radon mitigation. 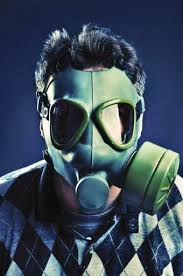 If actions to mitigate radon are going to be taken in the home, there are many options within two broad categories of action:

For all options, EPA recommends that a contractor be retained to do the work and estimates that remediation will cost from $500 to $2500 per home, depending on the characteristics of the structure and choice of radon reduction methods. Common methods may involve the installation of underground pipes, venting fans, plastic sheeting, and/or sealants over floor and wall cracks.  In our area the typical cost to install a radon mitigation system is about $1,200.00.  Contact us for a local vendor referral.